Start of irrigation operation on demand in the pilot plots 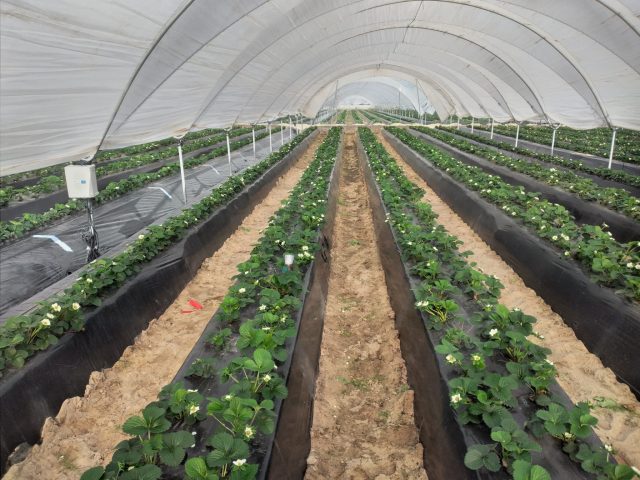 The LIFE 4DOÑANA project began, in January, the phase of autonomous irrigation (or irrigation on demand) in the six pilot farms.

The monitoring systems were installed in the plots after the strawberries were transplanted -in October 2021- and were installed on November 4. In this first campaign, work has been carried out with caution to be able to optimally analyze the irrigation practices of farmers, the behavior of the soil and the reaction of the sensors. For this reason, the on-demand control began in January, some time has passed since its placement.

Since then, the irrigations “jump” automatically, according to the parameters defined based on the models and the sensor readings. The weather forecast for the following day is taken into account in order to define the main lines of the irrigation plan.

Subsequently, the sensors allow the adjustment of the irrigation moment, depending on the humidity in certain parts of the ridge (soil structure where the strawberry is grown) and thus the root growth and the needs of the crop are monitored. Much attention is also paid to other parameters such as salinity and individually, since each farm is a particular case, with its water, soil and variety conditions, among others. And, of course, the comments of the farmers are taken into account, as they are the ones who know their farms best.

After three months of operation, it can be affirmed that it is an ambitious challenge since, as farmers know, irrigating efficiently is not easy at all, although it is trusted that the system is providing benefits for an optimized management of water and the nutrients.

For the next campaign, the implementation of irrigation on demand is planned from the first weeks in order to obtain maximum performance.