What are the key aspects of the project on-demand irrigation system? 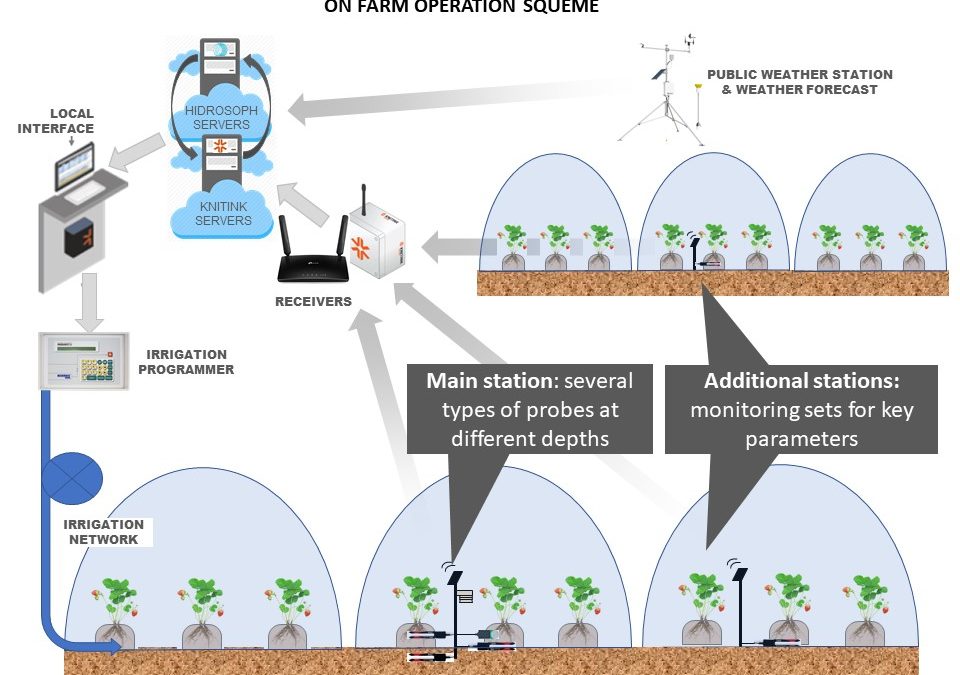 The LIFE 4Doñana on-demand irrigation system is an adaptation of an on-demand irrigation system already developed for soilless farms by Knitink, a project associated beneficiary. Nowadays, Knitink’s system collects the information and takes a decision based on key parameters (water availability and drainage) at a single point, which makes it particularly suitable for homogeneous soilless farms. However, soil-based farms count with heterogenous conditions, and require systems with capacity to capture and respond to this heterogeneity.

For this reason, the project will adapt this system for soil-based cultivation systems so that it can collect, integrate and process data from sets of sensors installed in several points in the farm, in order to make an irrigation decision that better integrates soil-based farms heterogeneity. This monitoring system, as defined in the figure enclosed, will be made up by a main station together with additional, simplified monitoring stations.

At the same time, the project will integrate an upgraded version of the Irristrat platform, a commercial solution developed by HIDROSOPH, which provides sensors visualization, crop modelling, fertilizer planning, weather forecast and irrigation recommendations tools. The integration with Irristrat will thus permit the real-time estimation of water requirements, thus permitting the continuous adjustment of the system to operate with higher efficiency.

Once adapted, the project on-demand system will be demonstrated through its implementation in six soil-based farms in the surroundings of the Doñana National Park.