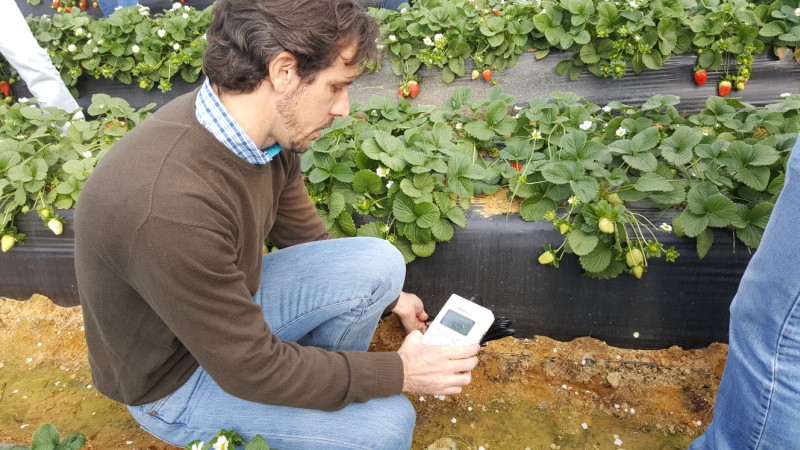 ‘LIFE 4Doñana’ is an ambitious project recently approved by the LIFE Programme of the European Union with the objective of reducing by 20% the use of water nearby Doñana through new irrigation systems and technologies.

This initiative, which will contribute to the sustainability of agricultural production in the Doñana area, counts with a 2.2 million euro budget. With nearly 4 years of implementation, the project is expected to reduce by 10% the use of nutrients with respect to the current practice of the farmer whilst increasing the yields in at least 4%.

‘LIFE 4Doñana’ builds on a new on-demand Decision Support System (DSS) for soil-based agricultural farms that permits to automatise the irrigation process and to enhance the use of water & nutrients. This system will be implemented in six commercial strawberry farms in the area of influence of the Doñana National Park in order to demonstrate and evaluate the environmental, productive and economic benefits of this technology.

The project will also provide in-field advisory services to 40 strawberry producers in this area to reduce their water use. To achieve this, the project will carry out specific diagnostics, will elaborate customised recommendation plans and will install specific tools such as Irristrat for defining irrigation recommendations.

Through a virtual platform, farmers will also receive training and advisory services that will permit them to optimise irrigation management. The project also includes replication & transfer actions in Andalusia (Spain), France and Portugal in order to promote the access to market of its solutions.

‘LIFE 4Doñana’, which has received a financial contribution of 1.2 million euro from the LIFE Programme of the European Union, is coordinated by Gabinete de Iniciativas Europeas (GIESA) who, through its company Optiriego Consulting, technically coordinated the Ferdoñana project.