Installation of the on-demand irrigation prototypes in the pilot farms 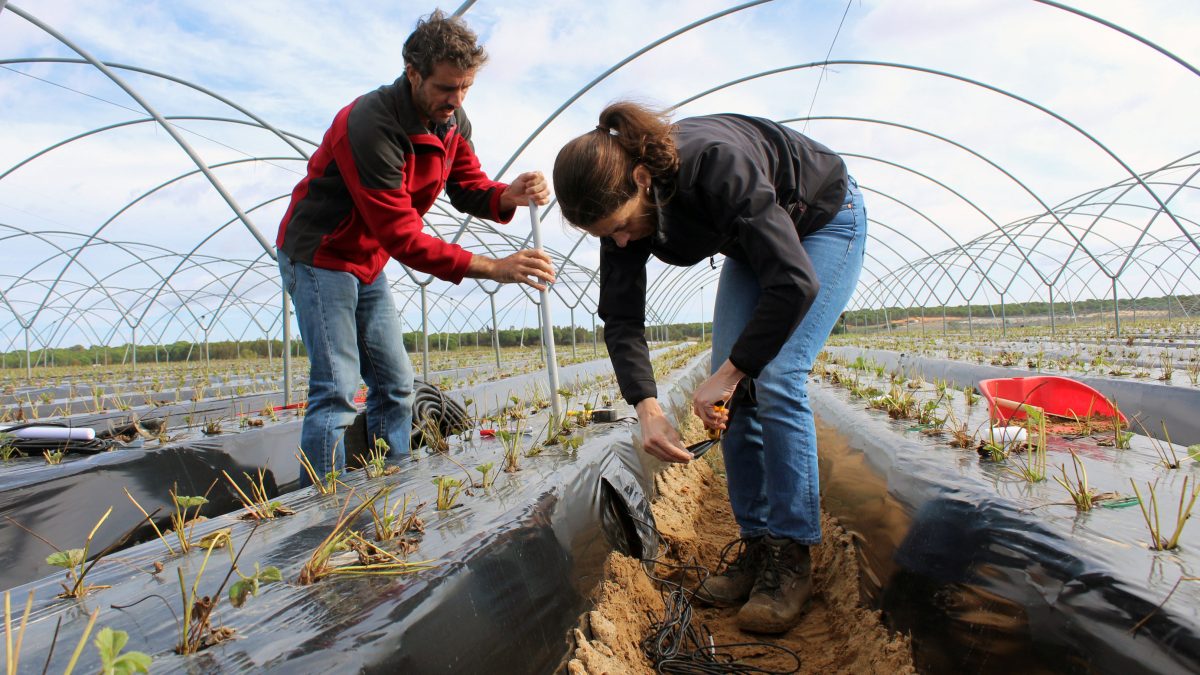 The ‘LIFE 4DOÑANA’ project has completed the implementation of the new Irrigation Decision Support System (DSS) prototypes in six pilot farms located in the Doñana area, where they will evaluate the benefits of irrigation on demand in strawberry farms over the next two seasons.

With the new Irrigation Decision Support System, based on a initial on-demand irrigation techniques developed for soilless cultivation and adapted to soil conditions, the consortium responsible for the project will actively monitor, automate and guide the plant’s fertigation process. In this way, through the irrigation system, water and fertilizers will be applied simultaneously to the plant, based on the needs detected by a network of sensors. Thus, the farmer will not have to manually adjust this operation routinely.

Through this new irrigation management system, the ‘LIFE 4DOÑANA’ project aims to reduce the use of water resources and fertilizers in strawberry cultivation, which is why it also takes on special environmental relevance by contributing to the sustainability of the Condado District, in the area of ​​the Doñana. Specifically, the consortium plans to increase water productivity and reduce water use by 20%. Thus, it will also allow a reduction of fertilizers by 10% and improve yields by 4% compared to the farmer’s practice in the cultivation of red fruits.

Ultimately, the system tries to obtain improvements in the efficiency of the use of water and nutrients in strawberry farms that already have monitoring systems, such as moisture probes, but that continue to take decisions and activate irrigation in such a way.

The project will also provide direct and specific advice to at least 40 strawberry producers in the area in order to reduce their use of water, using the diagnosis of their irrigation systems and the development of specific plans supported by the use Irristrat specialized software.