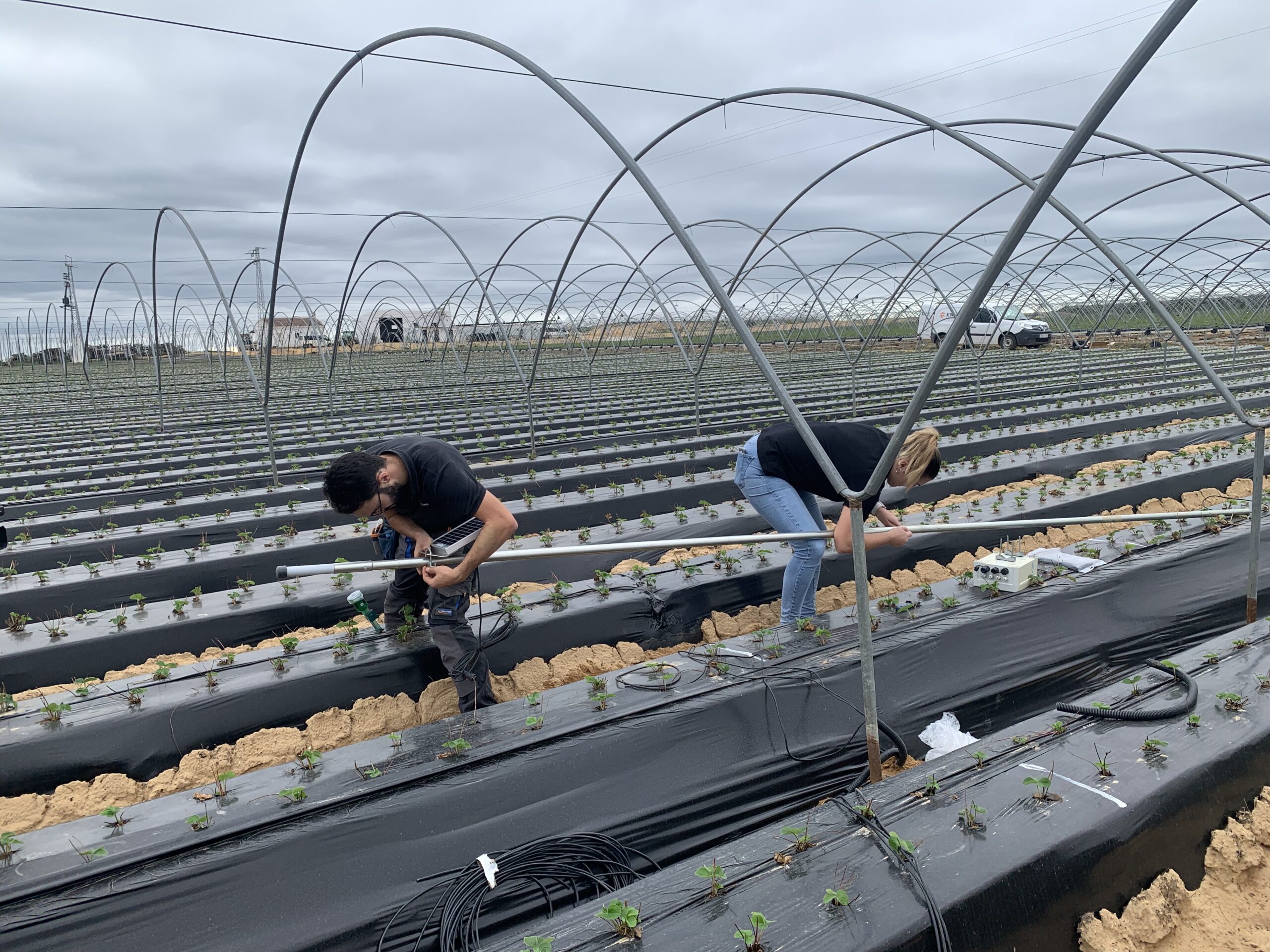 Last October the 2022-2023 strawberry cultivation campaign began on the farms located in the Doñana area.
After the good results achieved in the previous campaign, the LIFE 4DOÑANA team is working with the demonstration farms participating in the project to carry out the implementation of the on-demand irrigation solution in the pilot plots selected in each farm. It should be noted that in two of the farms the development area of ​​the solution has been expanded.
The project technicians have worked, since the end of the last campaign, in June 2022, to establish the best fertilization and irrigation practices for the pilot plots, in accordance with the experience obtained in the previous campaign and taking into account the particularities of each of the participating farms.
The implementation of the on-demand irrigation system has been perfected and is being implemented in different plots in order to achieve a notable reduction in the consumption of water and fertilizers while increasing production yield.